What is a Trojan?

What is a Trojan Horse? - Definition:

A Trojan horse, often known as a Trojan, is a form of malware that masquerades as genuine software. Cyber-thieves and hackers can use Trojans to obtain access to a user’s computer system. Social engineering is commonly used to persuade users to download and run Trojans on their computers. Trojans can be used by cybercriminals to spy on you, steal your personal data, and get backdoor access to your system once they’ve been launched.

How do Trojans work?

To complete its job, a Trojan must be executed by the victim. Trojan malware can infect machines in a number of ways, including:

How Trojans impact you...

Trojans are masters at concealment. They entice people to instal them, then work behind the scenes to accomplish their goal. You may not even realise you’ve been a victim until it’s too late. If you think your device has been infected with Trojan virus, keep an eye out for the following signs:

Some Trojans can be removed by deactivating start-up items on your computer that don’t come from a trusted source. To do so, reboot your device into safe mode, which will prevent the Trojan from preventing you from deleting it.

Make sure you know the apps you’re uninstalling because removing essential programmes from your computer could cause it to slow down or shut down.

How to protect yourself against Trojans

As always, the greatest protection against Trojan malware is a mix of complete antivirus protection and excellent cybersecurity hygiene:

By installing effective antivirus software, you can defend your devices – including PCs, laptops, Macs, tablets, and smartphones – against Trojans. 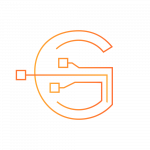